The World Tree, or Tree of Life.

Yggdrasil is the primary symbol of Norse Spiritualism, and every Norse Pagan has his or her own spirit tree, or Yggdrasil, just as they have at least one spirit animal. The gods for example pay their respect to a giant ash tree in Asgard, and a giant maple tree in Vanaheim. Yggdrasil is normally the largest or oldest tree in any given forest or grove. It is sacred, as nature and our environment are sacred. And just as most people will never know what it is like to experience reality through the senses and mind of beasts and birds, it is even more inconceivable to understand the universe from the perspective of trees and other plants. It is said though, that the oldest trees of our lands hold immeasurable knowledge and memory of our world.

Yggdrasil is not only the name of one’s personal tree, but also the very name of the cosmos. Many people of Midgard, especially living farther away from cities, look up at the night sky, see countless stars, and call our galaxy the “Milky Way”. Like all names within or relating to the faith, these are just labels. The gods teach humanity that specific names and worship are not necessary to live a good life. The gods themselves have countless names, the vast majority of them lost to human knowledge, and there are indeed countless Aesir and Vanir living across the universe. Only respect of the natural world and the universe are truly important in Norse Spiritualism. Treat your environment and all things both living and not living well, and one will ultimately find happiness. The gods teach that the pursuit of knowledge, happiness, and peace is the true meaning to life. 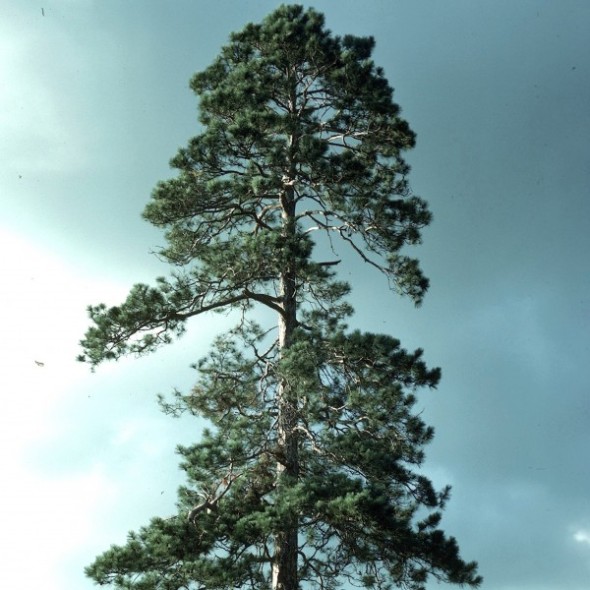 Image of an old Red Pine. My personal and spiritual Yggdrasil are trees of the pine family.

Yggdrasil (the cosmos) connects everything, especially the nine known habitable realms, or planets (and habitable depending on which life-form you’re referring to). From top to bottom there is:

Asgard – the rich wilderness and realm of the Aesir.

Vanaheim – the fertile vale of the Vanir.

Jotunheim – the freezing mountainous realm of the frost and rock giants.

Muspelheim – the molten and fiery wasteland of the fire giants.

Alfheim – the rich and fertile realm of the high or light elves, resembling Asgard and Vanaheim.

Midgard – also called Middle-earth or just Earth. The land of the humans filled with a variety of landscapes, from inhospitable wastelands like those of Jotunheim and Muspelheim, and rich fertile places like those of Asgard and Vanaheim.

Nidavellir – the vast rocky and mountainous realm of the dwarves, filled with caves and tunnels.

Svartalheim – the realm of the dark elves, with some forests and plenty of mountains with caves and tunnels, said to be darker than that of the land of the dwarves.

Niflheim – the fog world, land of mist or land of the dead. It is the harsh cold realm where only the dead may dwell, and of course gods and giants, though it is truly the realm of Hel, goddess and keeper of the dead and damned.

There are many secret, lost and magical waypoints, gateways or passages which link the many worlds. There are caves and tunnels, hollows in or under trees and other plants, and more famously the great rainbow bridge, Bifrost. Bifrost is the main gateway, guarded and monitored by the gods themselves, which bridges and connects the realms of Yggdrasil. Specifically, it is the only way to Asgard, known to humanity. Heimdall is the main guardian of Bifrost. It is said that not every rainbow seen is Bifrost, and yet some say if you could physically catch or touch a rainbow, you could be granted passage to Asgard or Vanaheim. It said that the same can be said of the aurora borealis. But it is certain trees, bushes and caves that may lead to the realms of the dwarves or the elves, the Hidden People.

Yggdrasil (nature) is so powerful that it protects itself. Like the human body with its immune system, Yggdrasil is protected by various lifeforms. The protection of Yggdrasil is usually represented by a gray squirrel or northern flying squirrel, and a small sharp-shinned hawk. Ratatosk, the squirrel, is perhaps the most well known creature to travel all over Yggdrasil (both the cosmos as a lost constellation, and the actual tree in Asgard). The sharp-shinned hawk, whose name is also lost, dwells among the upper branches of Yggdrasil. The world serpent and a turtle dwell among and beneath the roots of the tree. There are many living creatures both well known and mysterious that live throughout all the nine realms, and Yggdrasil. Some are represented in the constellations, others by the animals living in and among our personal spirit trees. In Asgard, after Baldur’s death, his personal spirit animal, the golden eagle roosts in the upper branches of the ash Yggdrasil of the gods, along with the sharp-shinned hawk. It is truly a massive and powerful tree.

At the base of the tree in Asgard, there is a large spring-fed pond filled with pure fresh water, called the Well of Wisdom. And many animals live in the area among the Aesir.